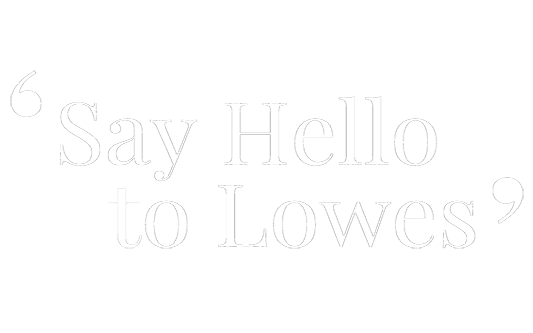 Yesterday saw the chancellor announce yet another package to provide support to the UK economy as we all continue to deal with the impact COVID-19 is having on our lives, some unfortunately more than others.  The latest support came for those who are self employed in an attempt to put them on an even keel with those employed and subject to PAYE.  This is expected to cover 95% of those self employed and provide a further £9bn of support to the UK economy.

Already the chancellor has committed to fiscal measures which, when all totaled together, account for 3.3% of GDP (gross domestic product), or 3.3% of the size of the UK economy.  Other packages announced, such as the grants and loans to small and medium businesses, if fully taken up could account for a further 15% of GDP according to estimates we have seen from Goldman Sachs.

On top of the support we have seen from the UK government we have also seen support from the Bank of England who have reduced interest rates to only 0.1%.  At the same time they have also committed a further £200bn to their quantitative easing (QE) program, targeting the purchase of UK government and corporate bonds, although the focus is expected to be on the latter.  In terms of helping businesses it has introduced a Term Funding scheme (loans) along with additional incentives for small and medium sized enterprises.  The actions to provide both fiscal and monetary support have been swift.

The policy actions have not been restricted to the UK however and have been replicated across the world, including the US and Europe.  In the former we have seen the Federal Reserve reduced interest rates to only 0.25% and after an initial increase in their QE program of $700bn they have more recently committed to unlimited QE which will see them purchase US government bonds, corporate bonds and commercial mortgage backed bonds.  Like the Bank of England they have also committed to many loan facilities on favourable terms to support businesses struggling with the impact of the virus.  The US government is  introducing a staggering $2.2trn fiscal stimulus which will see money handed directly to the members of the public, so called helicopter money.  This package alone equates to c. 7-8% of the US GDP.

Despite all of this aid we cannot hide away from the fact that we are likely to see a significant contraction in the size of the economy, both here and abroad.  In the UK we have all seen on the news the impact that this is having on businesses which have been forced to close.  The ramifications however do not stop with that company.  For example, we have seen all of our high street stores close with the exception of those which have been deemed essential by the government.  They have been provided support by the government in terms of the guarantee to cover 80% of wages of otherwise redundant employees and a business rates holiday of 12 months.  But what about the landlords?  Yesterday we heard from Intu, who own seventeen substantial UK shopping centres and three in Spain   and have not been able to collect 71% of the rent they were due in March.  Whilst they will also be benefitting from some of the aid provided, this is a highly indebted company who must keep paying the interest due on its loans.

Whilst we await hard numbers with regard to the impact on the UK economy we are now seeing survey data which can provide us with some insight.  This month we saw the IHS Markit/CIPS UK Manufacturing survey fall from a reading of 51.7 to 48.0.  To give this some meaning a figure below 50 indicates contraction in that sector.  This could yet get worse as factories are forced to close.  In terms of services however, where government actions to contain the virus have been more immediate, we saw this reading fall from 53.2 in February to 35.7 in March, a record low.  Whilst the current measures remain in place, this figure could stay in contraction for some time to come.  A recent forecast from Goldman Sachs estimates that the largest contractions in the economy will be seen in the first half of this year, in particular the second quarter, before seeing some recovery in the second half.  Still however they estimate that the UK economy could contract by 7.5% in 2020.

The measures so far implemented by central banks and governments around the world have been swift and meaningful and continue to keep coming.  After seeing some of the sharpest market falls in history they appear to have provided some stabilization for now.  More may be needed however to push us into the recovery phase.

Whilst a great deal of uncertainty still exists history has shown that in times like these there will be winners who come out the other side stronger and more competitive than ever before.  The correction we have seen in both equity and fixed income markets has provided fund managers the opportunity to take exposure to such companies at much more attractive levels than they were seeing just two months ago.  We have no doubt they are taking advantage.  In times like these a medium to long term view is required.  The strong will come out the other side.