Book Your Free No Obligation Consultation Request a Callback »

Looking back over 2016, one word seems to sum up the year well – unpredictable! From an investment point of view, the year started badly as worries appeared about the potential for rising interest rates in the US and weakening of the Chinese economy. The UK investment markets, as measured by the FTSE All-Share Index, fell 11.5% from the start of the year to the middle of February, before quickly recovering to its starting level by mid-April.

Markets saw further volatility in both the run up to, and immediately following the Brexit vote in June, but the subsequent sharp fall in the value of Sterling led to a boost for the larger companies in the UK in the expectation of a boost to the Sterling value of overseas earnings.

Further falls occurred in the run up to the US Presidential election, but whilst the result surprised many, the markets took it in their stride and finished the year strongly, with the FTSE All-Share Index ending the year up 16.75% on a total return basis (including the reinvestment of dividends).

Looking ahead to 2017, further political turmoil lies in wait. January sees Donald Trump assume the presidency in the US. March brings parliamentary elections in the Netherlands, where their own membership of the EU is a key issue. April has the Presidential election in France, where the populist Front National candidate is providing a challenge to the traditional mainstream candidates. June sees further elections in France, this time for the National Assembly, and finally September brings the Federal elections in Germany, where Angela Merkel is facing a real challenge due to her benign policy on immigration. In addition, there is further political uncertainty in Italy as a result of the resignation of Prime Minister Matteo Renzi in December last year.

Any of these events could lead to disturbance in the European Union, and of course from the UK perspective there is also the matter of finally invoking Article 50, which Theresa May has said she will do before the end of March. So, certainly from a political point of view, 2017 is shaping up to be another year of unpredictability. But that doesn’t mean it has to be a bad thing, at least from an investment viewpoint.

Donald Trump’s election promises for the economy focused on reflation through massive infrastructure spending. How many of these promises he can implement remains to be seen, but equity markets as a whole tend to perform well in an inflationary environment, as rising input costs can be offset by raising prices. If coupled with wage inflation giving people more money in their pockets, this can lead to improved earnings for companies, making their shares more attractive to investors.

In the UK there has understandably been a lot of focus on Europe, but whilst new trade deals and changes to laws and regulations will have an effect in the short term, in the long term Europe is becoming less relevant to the companies that make up the bulk of the UK markets. For the top 100 companies on the London Stock Exchange, only 27% of their revenue originates in Europe, with over half coming from other parts of the world. 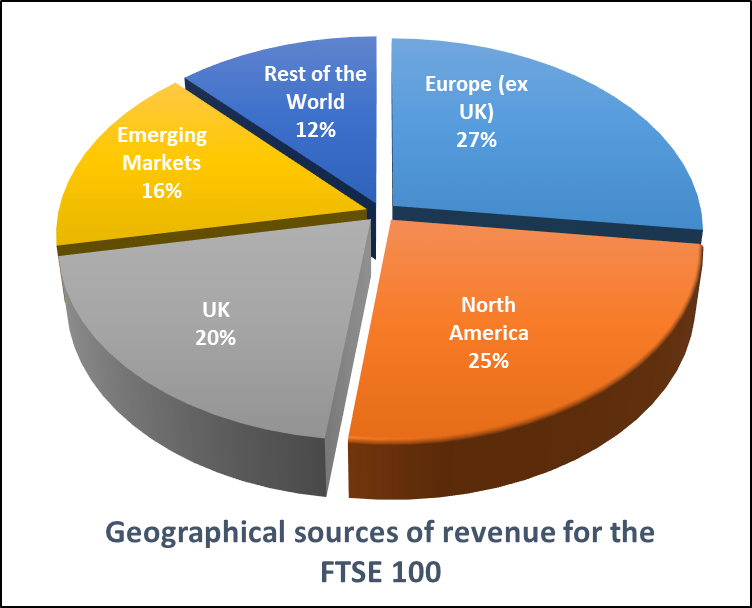 Also, looking at the economy as a whole, Europe as a destination for our goods is becoming less and less important. According to the Office for National Statistics, the percentage of our exported goods and services heading to Europe has been in decline for the last fifteen years. 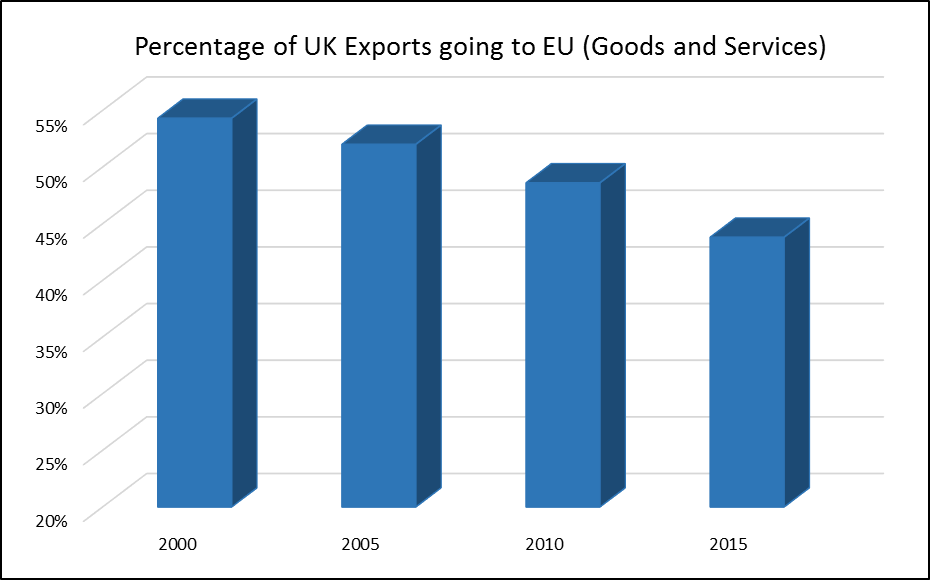 Our falling reliance on Europe as a trading partner is likely to continue into the future. According to figures from the United Nations, the population of the developed world as a whole is expected to remain fairly steady, rising by just 2.7% by 2050. Europe is actually predicted to have a shrinking population, falling by 4.2% over the same time period. By contrast, developing countries are expected to see their population rise by 38.1%. With this change in demographics, companies trading on a global scale will naturally find their focus shifting away from developed regions such as Europe to the growing markets in areas such as Asia and Latin America.

So, whilst the news in 2017 will no doubt be dominated by political events in Europe, for those investing for the long-term there will still be plenty of opportunities available, especially with active fund managers who can choose those companies who are best placed to benefit from the changing world we live in.

We will only use the details you have submitted to provide you with the content you have subscribed to as specified on this form.
For more information view our Privacy Policy.

To arrange a free no obligation consultation or a call back from your Consultant, please complete your details and we will get back to you at the earliest possible opportunity. Alternatively contact us via:


A member of our team will use the details you have provided to respond to your enquiry.